Tag Archive: the force of falsity

The force of falsity 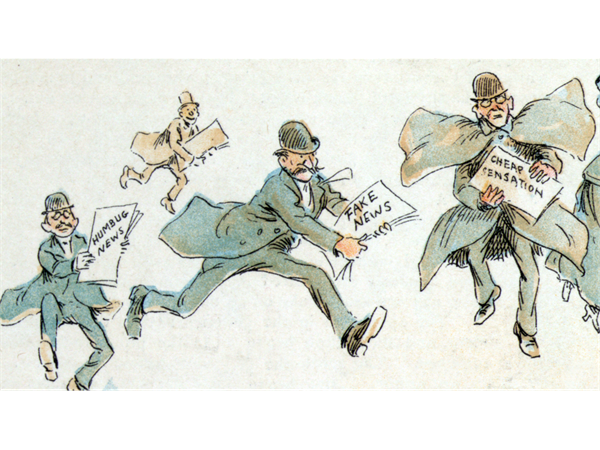 In a lecture given at the University of Bologna in the mid-nineties, entitled “The force of falsity” and later included in English in his book “Serendipities”, Italian semiologist Umberto Eco reviewed several historical false stories and argued that those false tales, “as narratives, seemed plausible, more than everyday or historical reality, which is far more complex and less credible. The stories seemed to explain something that was otherwise hard to understand”.

And he added: “False tales are, first of all, tales, and tales, like myths, are always persuasive”.

During the CrossCheck operation on the 2017 French presidential election, one of the debunked stories was a video of a man presented on social networks as a migrant assaulting nurses in a French hospital (see screenshot of the tweet below). 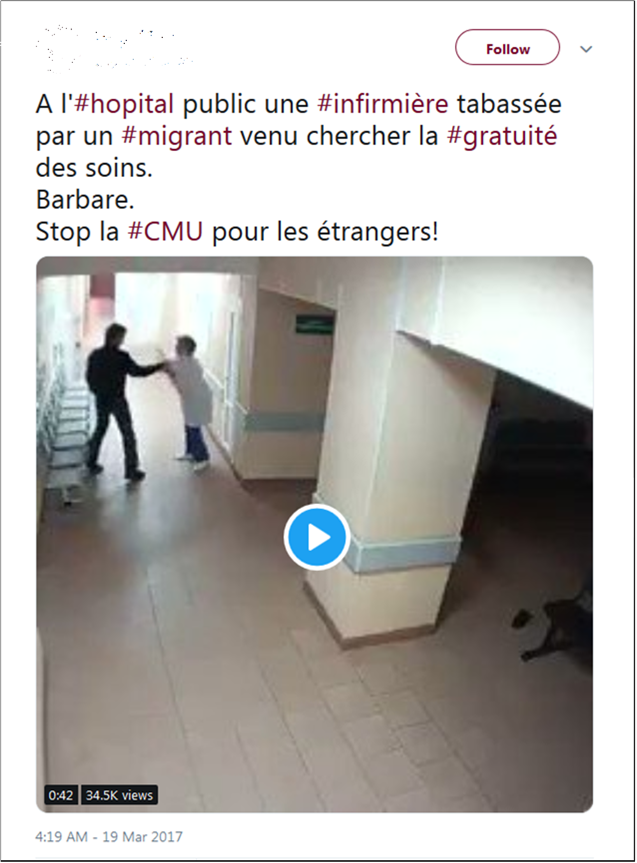 The video was disgusting. “We treat them and and they are thankful: the proof… Here is what the media is hiding from you” could be read in the first caption while later copies blamed a migrant seeking free healthcare for the barbarian act and started to campaign in favor of withdrawing universal medical care.

But that migrant was in fact a Russian citizen in a Novgorod (Russia) hospital, drunk according to the local press and caught one month before by a monitoring camera. The video was reported in several Russian news publications.

An image similarity search on keyframes (using the InVID Verification Plugin) was enough to retrieve that Russian video and to conclude that this barbarian act was used out of context to spread an insidious xenophobic campaign. Debunked by ten French media, that video reached fifteen millions views on Facebook.

Being an emblematic fake in France was not sufficient: that very same video was used again and again in the following days and weeks at least in Italy, Spain, Belgium, Turkey, then France again, always as a migrant locally attacking hospital staff members, triggering again several millions views and more debunks. Retrieval of the same video was possible thanks to the use of InVID keyframe fragmentation technology.

Furthermore, months after the debunk, an image similarity search on a keyframe would retrieve correctly several fact-checkers websites but would also lead on Google to an artificial intelligence “best guess for this image” presenting it as “a nurse beaten by a migrant”.

Although the above example is only reaching the first of the five stages of election meddling proposed by Finnish researcher Mika Aaltola (“using disinformation to amplify suspicions and divisions”), it shows the level of insidious manipulation that circulates with impunity on social networks to favor, often over a long period of time, extremism and racism, and their political allies.

As French researcher François-Bernard Huyghes rightly pointed out: “the goal is to make (the voter) political choice appear to be spontaneous: I believe A, therefore I receive a message telling me that candidate Y thinks so as well. According to this model, we have gone from a strategy of mass political persuasion dumped by the media, to targeted soliciting tailored to our deepest wishes.”

In our societies already shaken by economic crisis and mass unemployment, we should not underestimate the force of falsity.

* Paper initially presented by Mr. Denis Teyssou (AFP) at the High-Level Conference on Election Interference in the Digital Age, building resilience to cyber-enabled threats, organized in Brussels on 15-16th of October 2018 by the European Political Strategy Center